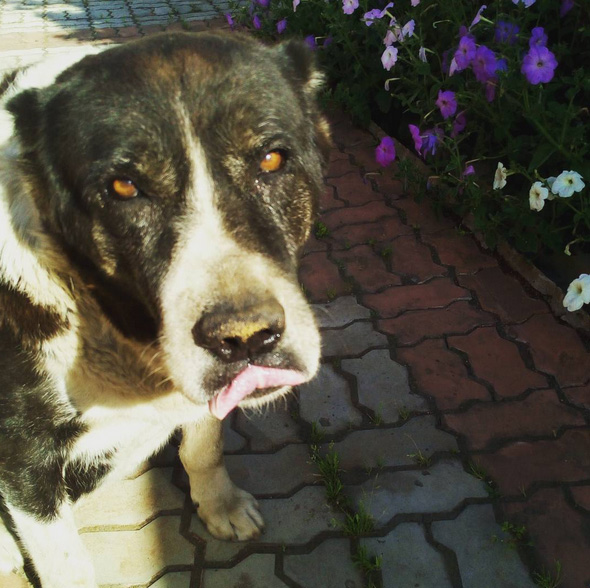 I don't know whether because of the masquerade or my old age is coming or I've watched too much TV, but lately I've had some weird dreams. It's been a real problem, as you'll see.

Once I dreamed that dogs from all over the world had gathered for some congress. Everything was the way it is with human congresses: There was a huge hall with luxurious chandeliers suspended from the ceiling. There was a fancy stage with fancy lighting, a podium, microphones, cameramen, photographers and reporters. Everybody was rushing around, and the room was full of discussion and argument. I saw a shaggy dog with skewed eyes push his way with a camera through the crowd, whereupon a fat, spotted lap dog growled at him:

"Where are you headed, you shameless mutt? You came late, so now you can wait outside."
"Oh, but I'm sorry I forgot to ask your permission," growled the dog in reply.
"Yes, you forgot," the lap dog insisted. "You've been trying to cut the line your entire life!"
"You must be crazy," the dog answered with a slight chuckle. "What line are you talking about?"
"This one," said the lap dog caustically.
"Shut up!" snarled the shaggy dog.

The lap dog grinned with flashing teeth and gave a low growl.

"Why are you fighting like humans?" an aging bulldog asked, interrupting the argument. "You should be ashamed! You're cultured dogs, after all."

Suddenly, a soft melody filled the air. It sounded like the little ditty that goes, "Shave and a haircut . . ." Everyone rose and started howling along. Some multicolored flag flies up to the ceiling with two crossed bones. The music stopped, the applause came and went, and a hoary-headed, long-haired St. Bernard dog approached the podium. 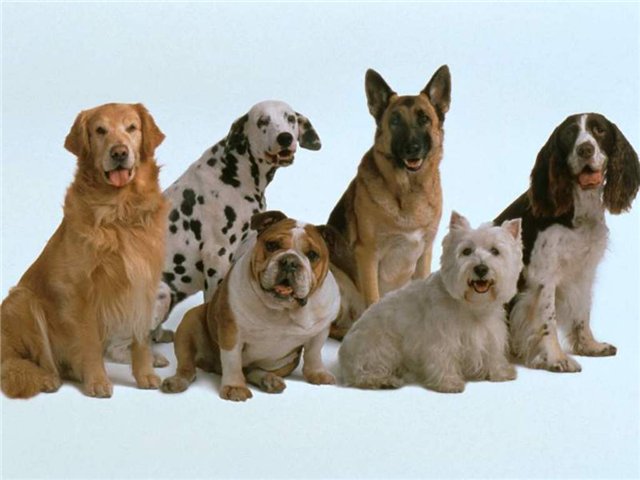 "Dear ladies and gentlemen," he said, "I congratulate all the delegates with the opening of the first International Dog Congress. We have gathered here to adopt the Universal Declaration of Dog Rights. This step has become necessary because humans have lost their sense of shame and conscience. We no longer want to tolerate the arbitrary behavior that our so-called senior brothers perform. The disdain and contempt for dog rights has resulted in acts of barbarism, which upset the collective conscience of dogdom. We must create a dog world in which all dogs, without exception, will have the freedom to bark, growl, howl and whimper! All the dogs of the earth shall be free from fear and need!"

The audience erupted into applause, and there was howling from every quarter. The spokesperson waited for the audience to calm down and then continued:

"All dogs are born free and equal in their dignity and rights. We are endowed with courage, faithfulness and honesty, and we will always serve as the example for mankind to follow."

"Each dog shall have all the rights and freedoms declared by the present declaration, without any form of discrimination based on breed, color or coat length, social origin, property, estate or other factors. We shall be free from discrimination based on the political, legal or international status of the country or territory to which the dog belongs, regardless of whether that territory is independent, under care, non-self-governing or in any way limited in its sovereignty. Furthermore, each dog shall have the right to life, freedom and personal immunity. No one should be chained or be in a dependent state. The trade involving chains, collars and dogs shall be banned in all its forms. No dog shall be subject to torture, punishment or any other type of cruelty.

The audience erupted into loud barking, whereupon the delegates jumped from their seats and started to applaud. A tiny dog of unknown breed that stood next to me wiped away a tear and whispered:

"What happiness! Finally, we have lived to see this bright day!" She turned to me and began to describe her troubles. "Imagine, dear Labrador, for the third time people drowned all my puppies. I begged my master not to do it. Do you think he listened to me? These people are so heartless, callous and cruel. Do you think anything will change in our lives after this Congress?"
"I don't know," I admitted. "Time will show. It's hard to argue with mankind, and I don't know if we have the strength to do it."
"But we aren't weary," the little thing answered. "We certainly are strong, and we're courageous!" She followed the affirmation with a good, solid bark.